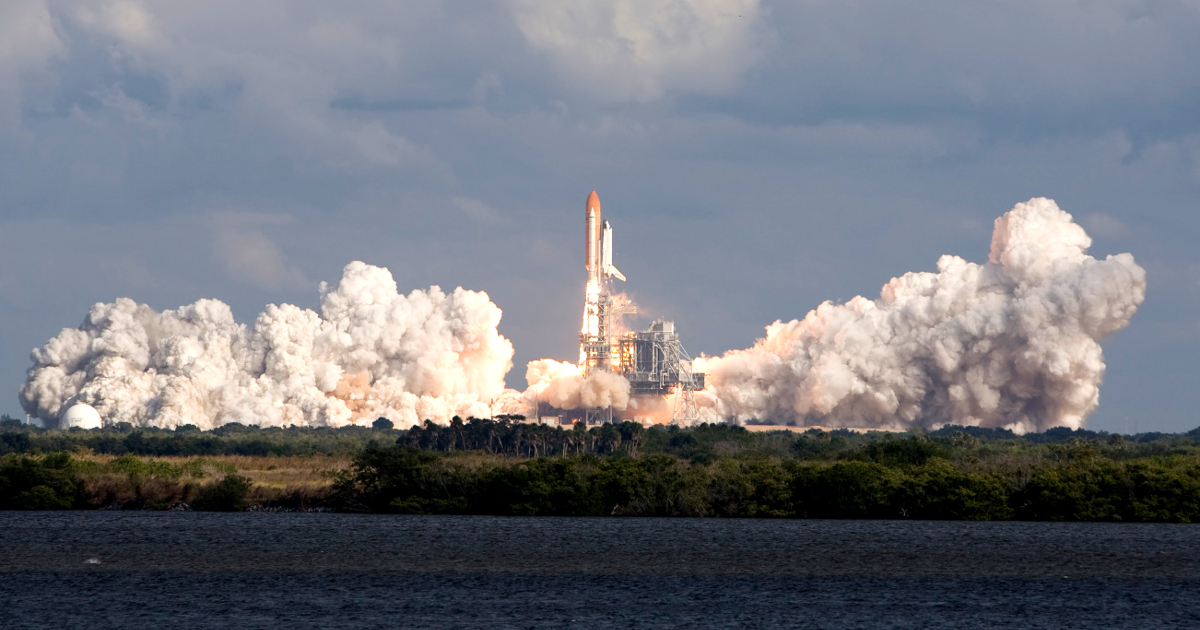 Each Space Shuttle relaunch reminded us that humanity occupied a place in outer space. Star Wars, Star Trek, and an assortment of science fiction movies motivated students to stay home and do their math homework. Good grades meant you could go to outer space someday. The Space Shuttle was the vehicle that could take you there.

The Shuttle’s home was Kennedy Space Center in Cape Canaveral, Brevard County, Florida. About 40 miles to the south of NASA lived another wonder, albeit terrestrial. Instead of astronauts, this modern marvel boldly launching surfers into places few surfers had gone before. From the 1960’s to the mid-2000’s, Sebastian Inlet was the launch platform for the East Coast surfing industry. First Peak was the orbiter. Not only did the First Peak wedges catapult surfers soaring into the sky but it projected some to even higher heights – into the stratosphere of domestic and international stardom.

Yet, these were different kinds of stars.

Cory Lopez, Shea Lopez, CJ Hobgood, Damien Hobgood and Kelly Slater were some of the astronauts. Their propulsion fuel was not atomized-aluminum and ammonium perchlorate. These rocketeers preferred dihydrogen monoxide infused with sodium chloride to inspire generations of young surfers to chase cosmic aspirations. However, just as the dreams of walking on the moon came to an end, the visions of back-dooring Sebastian’s green curtains eventually closed out. The Space Shuttle and First Peak both fell victim to changing times, new technologies, and new priorities.

Technological change is a constant.

Thirty years, 135 flights, $209 billion, 3,513,638 pounds of cargo, 728.5 man-hours-in-flight, 21,0030 orbits, 833 crew members and five orbiters later, NASA is now in pursuit of deeper space exploration. The Shuttle Program humbly tucked itself away into the history books. Likewise, for 40+ years First Peak shone as one of the best waves in Florida – but also was a victim of new technology. From the 1960’s until around 2001, First Peak was a launching pad for airs and careers. Storm damage forced renovations to rebuild the north jetty from 2001 to 2003. The rehabilitation called for a new “crib structure” to be built exactly above the existing. This new renovation increased the old jetty’s ability to dissipate wave energy and made the north jetty a marvel of modern coastal engineering.

Unfortunately, the new, more permeable crib was the kiss of death for First Peak. By making the jetty more permeable, the wave reflection diminished astronomically. Without the reflected waves, the First Peak wedge would no longer be the star-studded podium of the East Coast. First Peak’s new home, like the Space Shuttle, was somewhere in the pages of an encyclopedia. That is where First Peak lives on today. As well as in the hearts and minds of 40 years of dedicated First Peak disciples – from Mike Tabeling to Kelly Slater and a crew of many thousands in between.

Nearly a generation after its demise, First Peak still inspires stories paying homage to its majesty.

Guided by these tales, in 2008 a group of local surfers working with university students, discovered a way to resurrect the legendary wave. They theorized that by growing more worm reef along the jetty, they could fill the gaps between the outer pilings. By filling the gaps, the worm reef would form a living wall. This living wall would reflect just enough wave energy to reinvigorate the most anthropogenic a-framed wedge waves the world has ever seen.

“Honestly, if there was a way,” quoting Kelly Slater in a September 2016 Surfer Magazine article entitled First Peak.
“I would do anything I could to get that wave back.”

This website relaunch represents the next step in our mission to restore the reflection; to regrow the living wall. The solution doesn’t rely on sophisticated rocket science or an alien species but rather on a gentle creature who has been living in the troposphere this whole time. Perhaps it’s time to listen to what the worm reef has been trying to tell us all along. η

Relaunch a conversation about First Peak

If you enjoyed our Website Relaunch, please leave us a comment below. Now that the new website is up and running, we’re looking for feedback from the community. Give us some ideas for future blog topics and let us know which facets of the First Peak Project interest you the most. At the same time, please remember to keep it down to earth by adhering to our comment policy.