When’s the last time you tried to take a picture of something that doesn’t exist?

First Peak doesn’t exist anymore. That makes it difficult for us to find any contemporary pictures of the wave. In terms of trying to raise public support for the First Peak Project, that poses a bit of an issue for us. We also live in the modern era. People demand 4K resolution, drone footage, HDR photography, and 3D dazzling visualizations. In the media, this is everything. Understandably we are a small non-profit company with a big dream, but we have limited means of expressing our project to today’s level of visual expectation.

Like a fossil of an extinct species, Chris Wilson helped preserve First Peak well beyond its era.

Pictures and memories of First Peak allowed the wave to live well beyond its shuttered life. To help us remember those good days, Chris pulled out some historical images of First Peak. He even found some pictures that take us back to that treacherous time to re-witness the demise of the wave itself. Even though it’s a little dishearten to relive the death of a surfing wave, we’re thankful that Chris was willing to take the trip down memory lane with us.

Chris’s love for the ocean and nature has also led him across the globe to places like Hawaii, Puerto Rico, Barbados, Costa Rica, Nicaragua, El Salvador, Panama, France, and the Bahamas where he’s continually lit up the surfing arena for us. But through it all, he’s always managed to make it back to The Inlet. Media outlets publish Chris’ work all over the world including Transworld Surf, Surfer, Surfing, Eastern Surf Magazine, Men’s Health, Playboy and Florida Sportsman. He also maintains a website where his prints are available for purchase. Check out Chris Wilson’s First Peak gallery below to see how he captured this historical wave in the day. η

Prints of Chris Wilson’s photographs are available by contacting him directly. 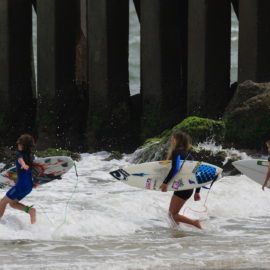 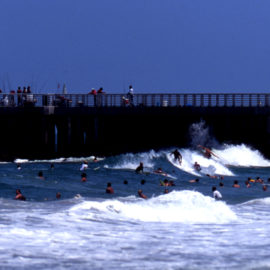 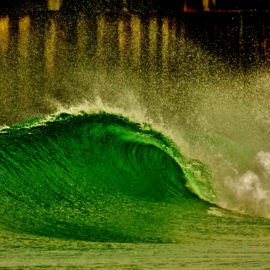 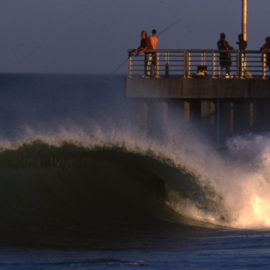 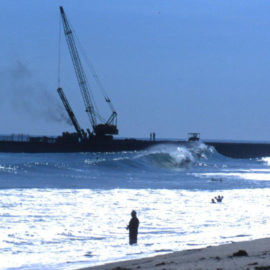 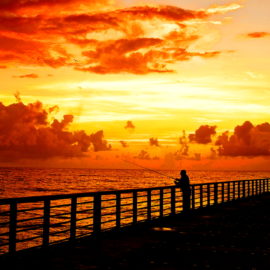 Thank Chris for making it happen.

Let’s all congratulate Chris on the awesome pictures and for contributing to the project. You can leave your accolades in the comment section below. We respect you so please respect our Ambassadors and adhere to our comment policy. Even better yet, show your appreciation by purchasing some of Chris’s historical images. You can contact him directly using the hyperlink above his gallery. Thanks again Chris!

SUPPORT THE CAUSE TODAY

GOFUNDME PAYPAL CONTACT
The First Peak Foundation, Inc. is a federally recognized 501(c)(3) non-profit company in the State of Florida.