You are here: Home / History / History 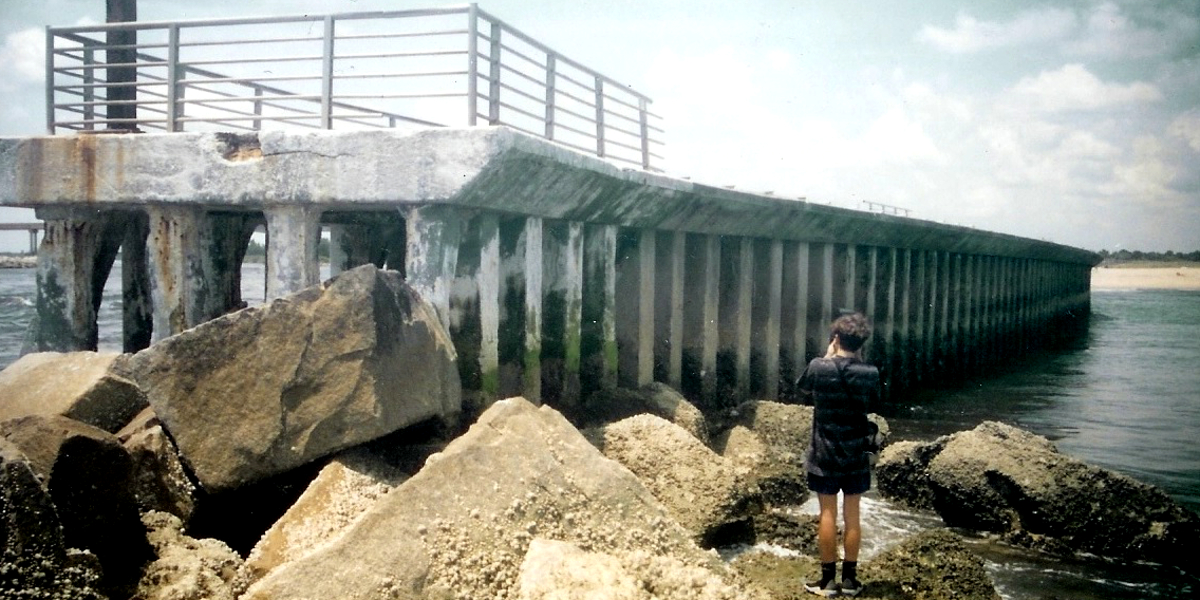 Even though the renowned wedge at First Peak has long gone, the spirit of the wave lives on. Every so often, major media outlets will run an article that refreshes our memory of First Peak. For example, Surfer Magazine recently ran a feature article entitled First Peak in the August/September 2016 Collector’s issue. Blog posts and stories under the category history dedicate themselves to telling First Peak’s rich history.

Let’s go back in history to when First Peak was king.

Back in the day when First Peak worked, the take-off was sketchy. Surfers positioned themselves slightly behind the wedge, and more on the reflected wave, to backdoor the peak. Taking off directly on the apex was a one-way ticket straight to the bottom. Once the surfer got through the peak, the wave lined up like a mini point break. It was frequent to watch surfers get barreled off the drop, come out, then smash the lip two or three whacks to the beach.

Alternatively, if the surfer poorly navigated the take-off and bottom turned around it, they would quickly confront one of the best launch ramps in the surfing world. This booster pad was so prime that according to some sources, First Peak is often considered the birthplace of aerial surfing. Whether aerial surfing originated at Sebastian Inlet or not, it’s up for debate. Regardless, this claim begs the following query.

If First Peak was the birthplace of aerial surfing, why do we not see aerialist surfers at Sebastian Inlet anymore?

Follow our logic for a moment. Today the surfing industry is massive. Compare that to the time of First Peak’s demise, nearly a generation ago. There are no more contemporary stories about Sebastian Inlet. First Peak no longer leads the aerial revolution. Surely the birthplace of aerial surfing should still be the front runner in the progression of surfing acrobatics. η

The best way to pay our respects to First Peak is to study its rich history.

Before we can mend First Peak, we need to know what happened to the once world famous wave. Please share your stories and anecdotes of First Peak with us below. But remember to have consideration with your comments. Like history, we want you to be kind to us.